To share your memory on the wall of Herminia Muzikar, sign in using one of the following options:

Herminia was born Oct. 18, 1926 in Arecibo, Puerto Rico, to Ignacio Gonzalez .
Sadly, her mother died giving birth and little is known of her . Herminia was raised by her loving grandparents Pedro and Balbina Gonzalez .

After graduating Barrio High School in Arecibo, she gave birth to her only child, a daughter, Aida . Some years later, as a single parent in search of a better life, Herminia moved with her daughter to Chicago, Il. In 1951 to a small garden apartment on 3714 n Fremont St. in the shadow of Wrigley field . She soon started working for Bally’s manufacturing, making pinball machines and slot machines. She was a dedicated and hard working employee and worked with Bally’s until her retirement in 1985. It was at Bally’s she would meet the love of her life and future husband, Otto Muzikar. Despite different ethnicities there love blossomed. Then in 1961, Herminia, a devoted Catholic , and Otto , a devoted Cubs fan , were married at Holy Name Cathedral and remained married until Ottos death in 1994 .

She was a active member of St. Edward Catholic Church where she made, life long, friends and supported various charities. She was a loving mother, grandmother, and dog lover. She passed that love of animals to her daughter and grandsons . She had a passion for gardening, enjoyed fishing and was always a friendly and respectful neighbor. She was the personification of determination, hard work, loyalty, generosity and unconditional love .

Herminia is survived by her daughter, Aida Montijo and spouse Augie Montijo, grandsons Kirk , Kevin and Kenneth Montijo and their spouses along with her 9 great grandchildren. She will be forever missed and her memory is a blessing to all that had the pleasure of knowing her . Rest in eternal piece with your beloved Otto .
Read Less

To send flowers to the family or plant a tree in memory of Herminia Muzikar, please visit our Heartfelt Sympathies Store.

Receive notifications about information and event scheduling for Herminia

There are no events scheduled. You can still show your support by sending flowers directly to the family, or planting a memorial tree in memory of Herminia Muzikar.
Visit the Heartfelt Sympathies Store

We encourage you to share your most beloved memories of Herminia here, so that the family and other loved ones can always see it. You can upload cherished photographs, or share your favorite stories, and can even comment on those shared by others.

Posted May 15, 2020 at 10:40pm
Kevin, Bridgitt and family,
Our heart goes out to you. Although we never met your Grandma, we feel like we know her from all the wonderful stories you have told us about her. We know how much you loved and cherish her. All of you are in our thoughts and prayers. Stay strong! We love you.
Comment Share
Share via: 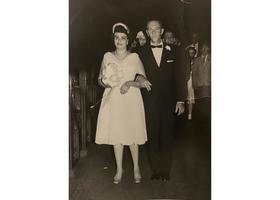 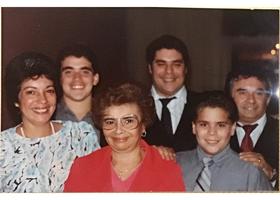